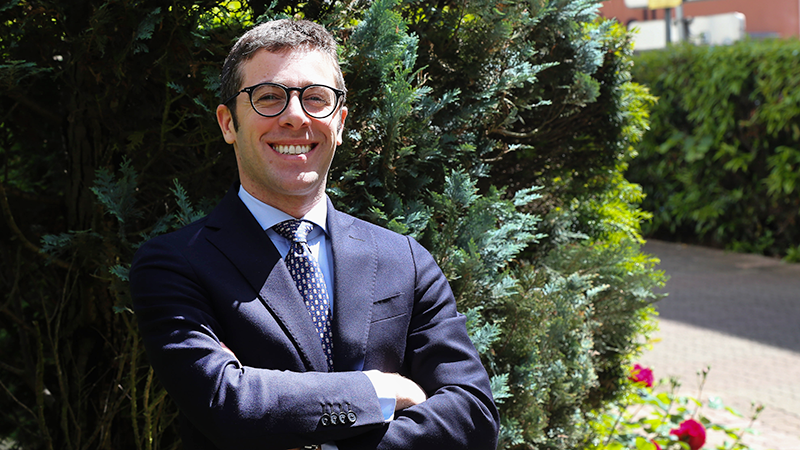 GEN – 938.00. In each ClimaNovela edition throughout the summer, Eurovent Board and senior staff members are going to answer a question concerning the state of the European industry, technological evolutions, digitisation, the upcoming Eurovent Summit in Seville or other issues of relevance. Our fourth one goes to our Deputy Secretary General, Francesco Scuderi: Organised by Eurovent, AEFYT and AFEC, at the end of September a new edition of the Eurovent Summit will be held in Seville. Why have you chosen Spain? What do you expect from this edition?

Francesco Scuderi (37) has been working for the Eurovent Association since 2015. Within Eurovent, Francesco’s key responsibilities include, but are not limited to technical and regulatory affairs and support of the Secretary General and his activities. Francesco is a true refrigeration expert and hence responsible for this sector within Eurovent, leading all Product Groups and Special Projects of Eurovent related to this field.

ClimaNovela: Organised by Eurovent, AEFYT and AFEC, at the end of September a new edition of the Eurovent Summit will be held in Seville. Why have you chosen Spain? What do you expect from this edition?

Francesco Scuderi: Each edition of our biennial flagship event EUROVENTSUMMIT is organised in a different region of Europe. In 2016, we for example hosted the event in Krakow, Poland, and activities focussed on Central and Eastern Europe. This time, we are moving to the South of Europe to beautiful Seville. 2020 we are going to be in Antalya, Turkey. As you can see, we tend to not choose capital, but rather medium sized cities that not everyone might be fully familiar with. This concept has proven very successful.

The reasons for choosing Spain are manifold. Not only do we have two highly valued and dedicated member associations in Spain with whom we co-organise the Summit, AFEC and AEFYT, but also has the Spanish market revived following the financial crisis. Many interesting projects are being realised all over Spain such as the Castellana Norte redevelopment in Madrid. Local manufacturers such as HITECSA, airtecnics or Venfilter – to name just a few – have launched innovative solutions and contribute to a sustainable regional development.

Last but not least, Spain historically acts as a bridge country towards Latin America. Together with partner associations from this region, we aim to strengthen the relations and raise awareness towards developments in South America.